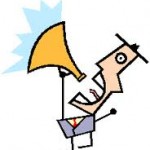 This is the public group that everyone is automatically subscribed to. It serves as a common email list for everyone. The forum is both open for discussions on subjects in philosophy/game studies as well as for conversations about matters more generally of interest to the members. A weekly summary of all activity will be sent out to all members, unless the user change his/her notification-settings.

Program committee and topic for 2015 edition